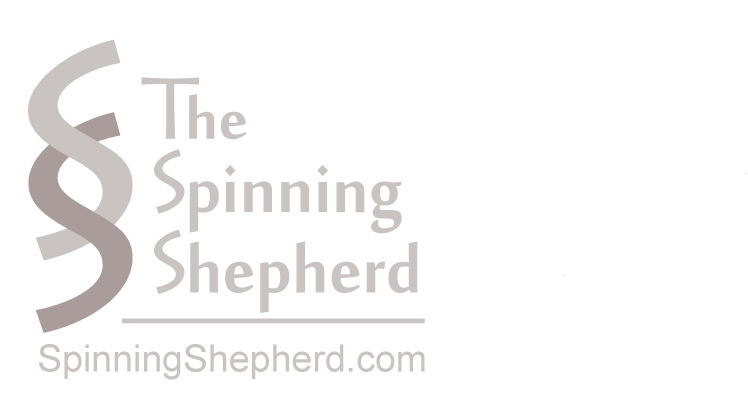 Woolly Tales & Yarns from a Spinner's Flock of Ouessant Sheep

As a Spinning-Shepherd, I am very aware of the close relationship that exists between raw wool and the sheep that produces that wool.

The shepherd will tell you that each and every ewe and ram has his or her own personality. At the same time, the spinner will assure you that every fleece is different. To a certain extent, every fleece is the reflection of the sheep that produced it : when preparing and spinning wool, a wise Spinning Shepherd can learn and understand so much about his or her sheep.

As a spinner, when working with a fleece, a special link is created with the sheep that produced the wool, particularly if you actually “know” the sheep in question. Also, when the spinner “knows” a sheep, he or she feels obliged to make the very most out of the fleece that has been so generously offered.

One must keep in mind that every fleece is different and quite often a particular fleece can present a real challenge for the spinner. Sometimes these woolly challenges end in disaster : despite all the efforts of the spinner, a fleece is considered to be “impossible” and will end up on the compost pile. Fortunately, this doesn’t happen too often. Usually, an experienced and determined spinner can make the most out of any fleece, even a fleece that is not perfect.

For one whole year now, I’ve been eagerly waiting for the fleece from a beautiful little Ouessant ewe from Hervé Vaillant’s flock. Having already seen this ewe a number of different times, I feel as though I “know” her quite well, even though I’ve never worked with her fleece before. One must say that it is a fleece of unusual beauty …

… even so, there is a problem with this fleece …

… these beautiful locks of wool are actually quite short. They are barely 2 inches long. We can see just how short these locks really are when they are placed beside a lock of wool from Agnella des Lutins du Montana.

I cannot comb this fleece, as combing requires a staple length of close to 3 inches.

That being said, I want to get rid of any second cuts, vegetable matter and other bits of dirt and debris that is still in the fleece after washing. Additionally, I would like to spin a worsted (or at very least, a semi-worsted) yarn. In other words, this is not a job for hand cards !

You need to hold the lock between your thumb and fingers, then untangle and open up the other end of the lock with the flicker brush. Then you will need to turn around the lock to brush the other end.

And what a lovely surprise !

By prepping the fiber with a flicker brush, the locks seem to have found a “correct” staple length.

I’m not at all disappointed !

This is truly a gorgeous fleece : a rare little treasure !

The entire contents of the SpinningShepherd.com © Copyright 2008-2019.

Text and photographs may not be published, broadcast or redistributed

without the express permission of the author/owner.

Hello ! My name is Diane and I live in Normandy (France). I'm an avid spinner and knitter, and the proud owner of a small flock of Ouessant sheep. Come and join me as I share my hand spun yarns, woolly tales and sheepish musings ! 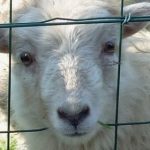 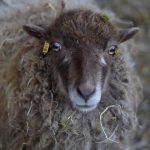 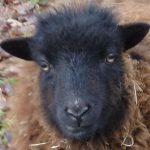 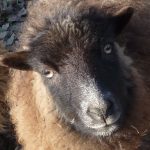 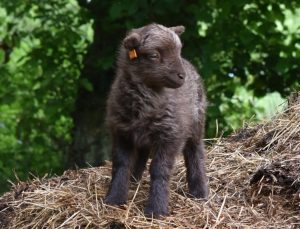